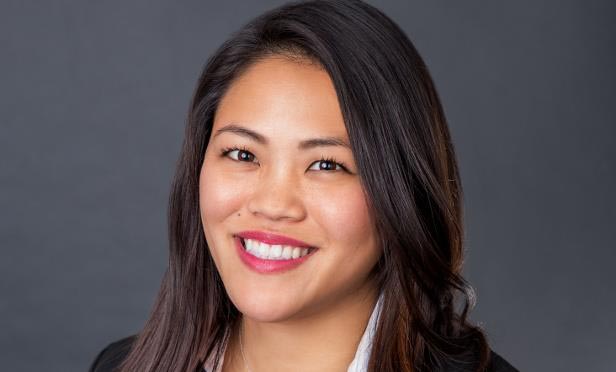 What’s more, urban office-building amenities like modern gyms, restaurants and other retail stores can contribute not only to that building’s tenants, but to residents, employees and visitors to the Downtown market. As a representative of the second-largest commercial-office landlord in Downtown San Diego, next to the Irvine Co., Takara tells us exclusively what her firm has seen in this “urban migration” and why innovation-based companies are drawn to Downtown and the firm’s 707 Broadway building.

GlobeSt.com: Are companies other than small start-ups moving from the suburbs to Downtown San Diego?
Takara: Mostly younger companies are attracted to the amenities—that’s what we’ve seen. For example, CPC Strategy, a retail search solutions company, has grown over the past three years. They moved Downtown from Mission Valley, and they now occupy the top two full floors at 707 Broadway. So these are not just tiny, blossoming companies—they’ve been around for a few years and have outgrown their space. CPC was tired of Mission Valley, where there are limited places to walk and eat. They’re recruiting kids out of college, so they want to be somewhere attractive. Downtown has the ball park, bars, restaurants and gathering places—plus the residential market. While people are moving Downtown to live, they also want to work there.

GlobeSt.com: What will happen to these innovation-based companies as they grow and need more space but want to remain Downtown?
Takara: Specific, with EMMES, we’re the second-largest landlord downtown. We own four buildings in Downtown San Diego, and each is very different. We buy underperforming assets and invest in capital improvements to bring them up to today’s standards. 701 B Street was repositioned so that it now feels like a class-A office. Having a four-building portfolio in San Diego is great because as these tenants do grow, we can accommodate them. Every company is trying to amenitized their building. Some of the things we’ve done at another property, 701 B, is a lease with Crunch Fitness, a mega-gym, with street and lobby access. It’s a new tenant amenity, but it’s also for the 20,000 B St. financial-district workers to use. We like to provide retail amenities for our tenants and also the greater Downtown area.

GlobeSt.com: What’s unique about 707 Broadway?
Takara: We have a game room with a PS4 and a shuffleboard table, a ping-pong table and a healthy-vending micro-market: you scan the item and pay with a credit card or thumbprint—that’s the future of vending. There’s a complimentary gym there with cardio equipment, showers, group fitness areas (they want a hip-hop dance class there). Younger tenants with employees in their early 20s and 30s want to do fitness together; they find it important in their work/life balance. We also have a bike-storage room connected to a garage, so people can live Downtown, bike to work, store their bike and go upstairs to work. We have a Nosh Express and EV chargers there as well—we anticipate a lot of people having electric vehicles—and a public garage. We also made the building dog friendly, with a dog park where they can run and use the bathroom right outside the building, which is a huge deal. We’ve heard some people in the market say they’re only looking for space that’s dog friendly, which is rare in multi-tenant buildings Downtown. I don’t know of another one that allows dogs.

Also, we commissioned local artist Christopher Konecki to do three large murals in the garage and some interior projects as well. He’s bringing some life to those gray urban streets with murals and art walks. 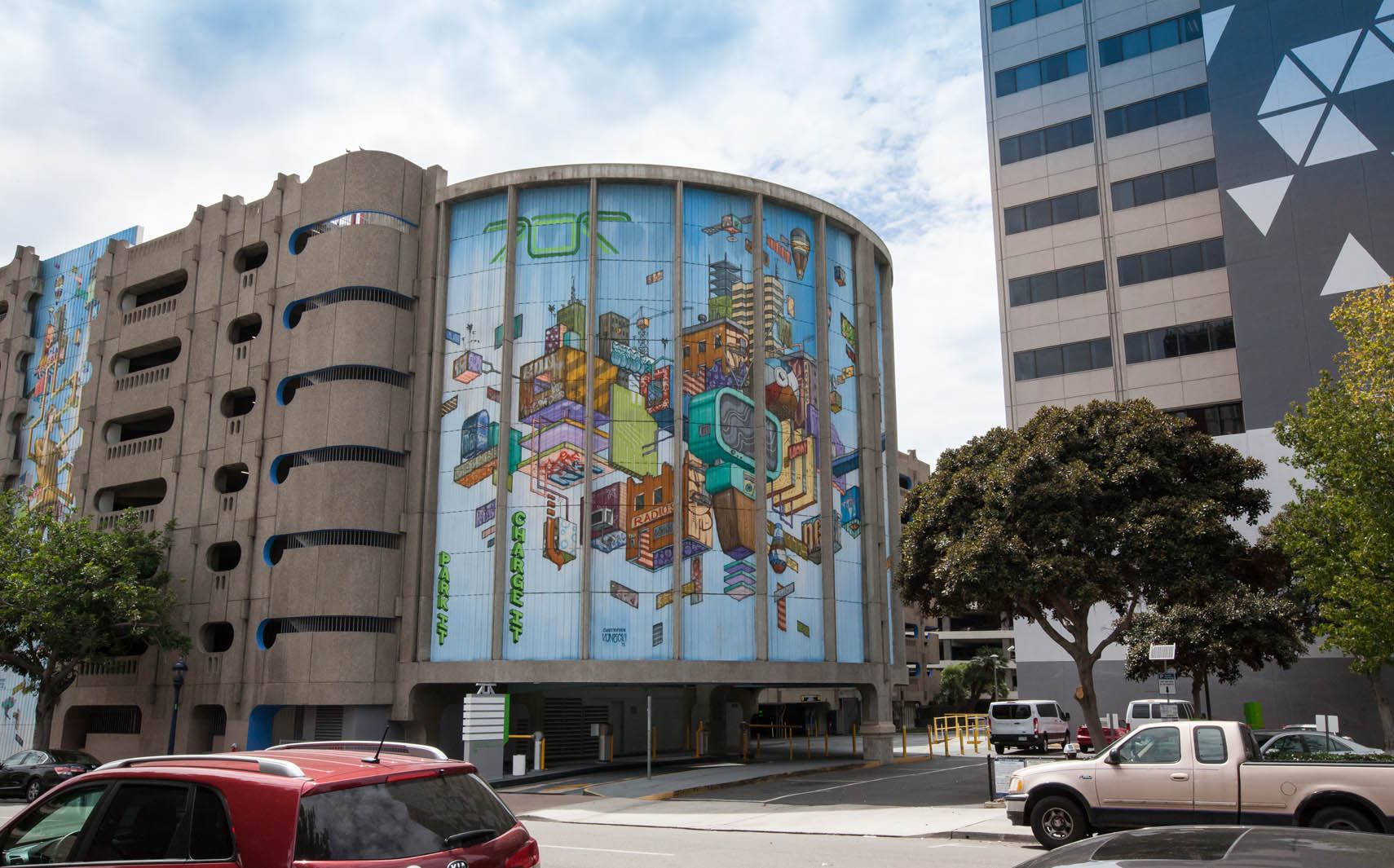 Murals by local artist Christopher Koenecke are part of the cultural appeal of 707 Broadway and Downtown.

GlobeSt.com: What else should our readers know about the “urban migration” trend in Downtown San Diego?
Takara: Some of the reasons why companies are coming Downtown is the walkability, the location, the dining options, the waterfront—and there are a lot of people living down here now. Also, office rents Downtown are even cheaper than many of the suburban areas.